On Saturday night we took down our pieces, that had been in the show - the one where you sit down for a cup of coffee with an animated character: 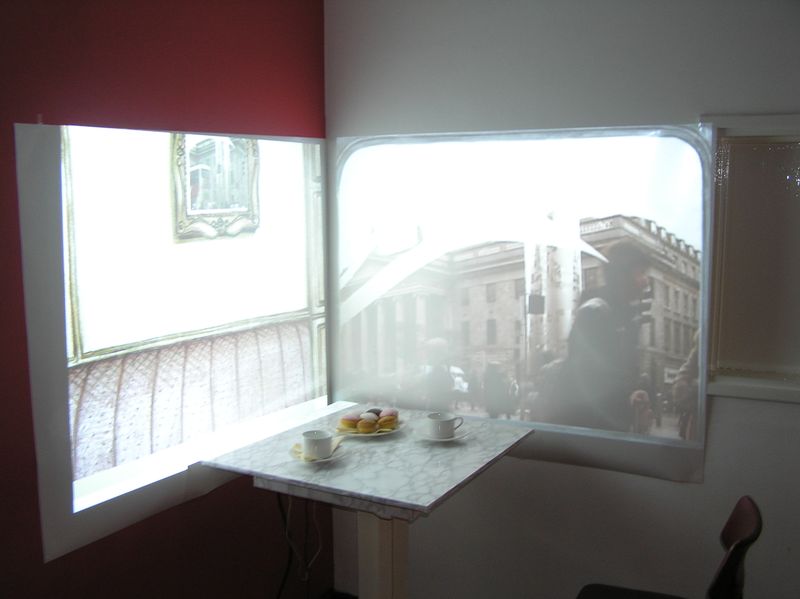 and the one with the flipclocks:

And then we went home, I went and lay down in a darkened room. And to sum up, now I have reflected on it, I have decided that the whole self-inflicted roller-coaster ride otherwise known as Art, is actually a form of madness. It's a brief exhausting compulsive trip into addiction.
To whit: 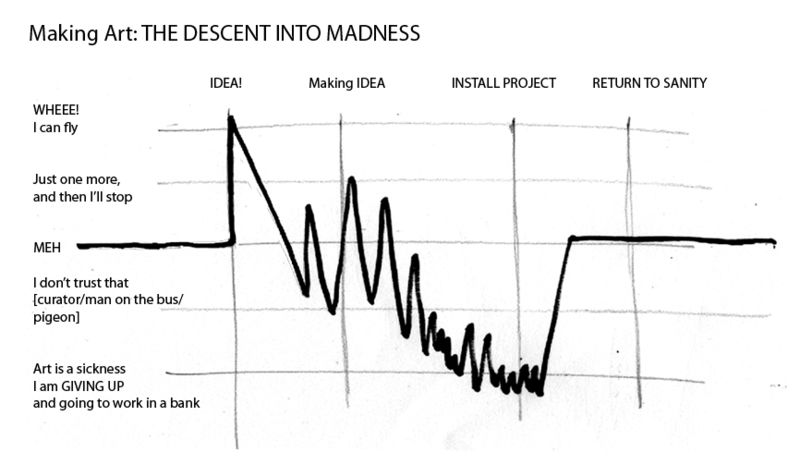 Funny thing is, I can't wait to do it again.

weird is the word

It's been a while. The thing is, that apart from being unhumanly busy with my work for the show, I have also been put to the pin of my collar in this whole (in)fertility dance we are doing. Poor JB has to go to the wanka.torium at the hospital tomorrow to have his boys' velocity or whatever measured. And if that wasn't enough to be going on with (which it was, lemme tell you), I have also had a nasty bout of cystitis which reduced me to a blubbering wreck last week. (Was that last week? These days are so full, and yet so dull. They feel like months going by.)
And, and, FriendL and I had a really frightening experience with a foster dog. (All day he'd been fine,  we'd walked him round the neighbourhood, played in the garden and then in the evening, I went into her kitchen and he trapped me in there, barking aggressively, guarding her with his hackles up. My heart was pounding madly. I averted my gaze like they tell you to on the Dog Whisperer and put a chair between me and him. L had to come in and put him on the lead. To sum up: Me, frightened, never so much, of a dog.
Poor L was so disappointed and demoralised by the whole fiasco. It was almost like moving a lion around the house, he had this primal presence - very frightening. in the end the German Shepherd Club people came to get him and even they managed to get bitten by him. Poor thing. They really didn't know what to do with him).
My cousin, her partner and mother came to visit. Luckily they are staying in brother's house so the responsibility for their having of fun is less. What happened to those days when we were young, when there was just so much time to talk and so much to talk about? We're so weary now, and guarded.
And and and, we went to Eindhoven last weekend to see Jo in a show. It was mild, flat and slightly foggy. 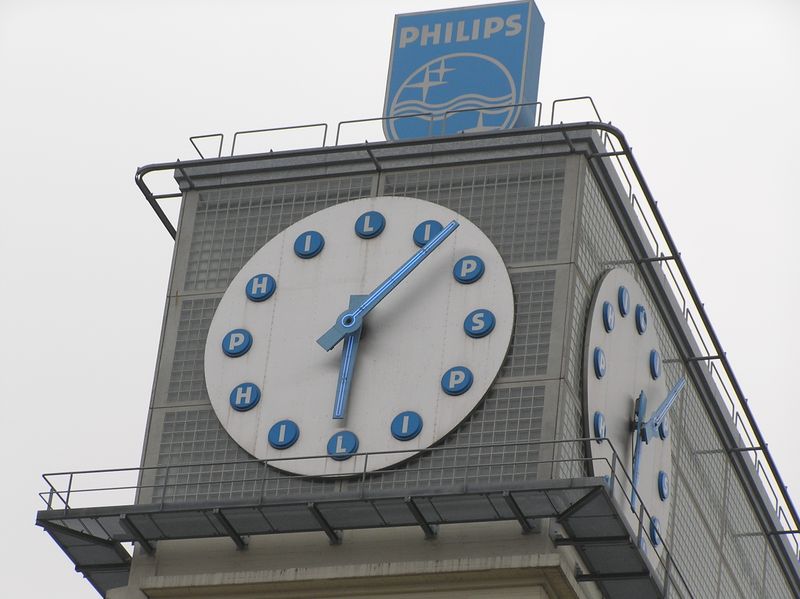 Our hotel room window was sealed up. The show was like a cross between a rave and an art show. 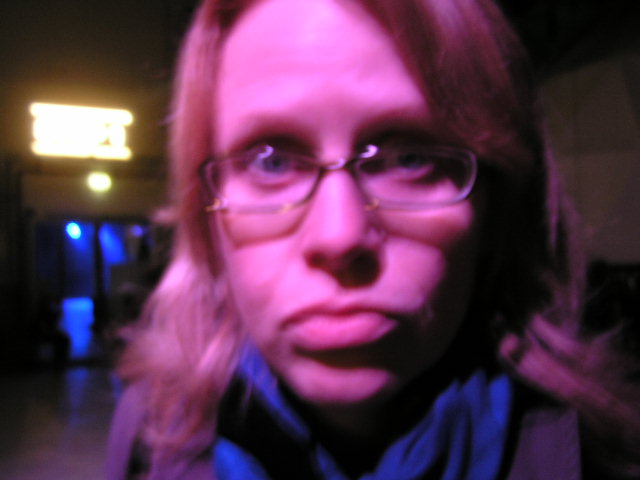 Look at me, I am all ravey like a young one! Jo and Ive were well, if a little tired and back-bent in Jo's case, after the rigours of the performance. We went to Dusseldorf on Sunday, on a train that raced over flat fields populated with Shetland ponies. 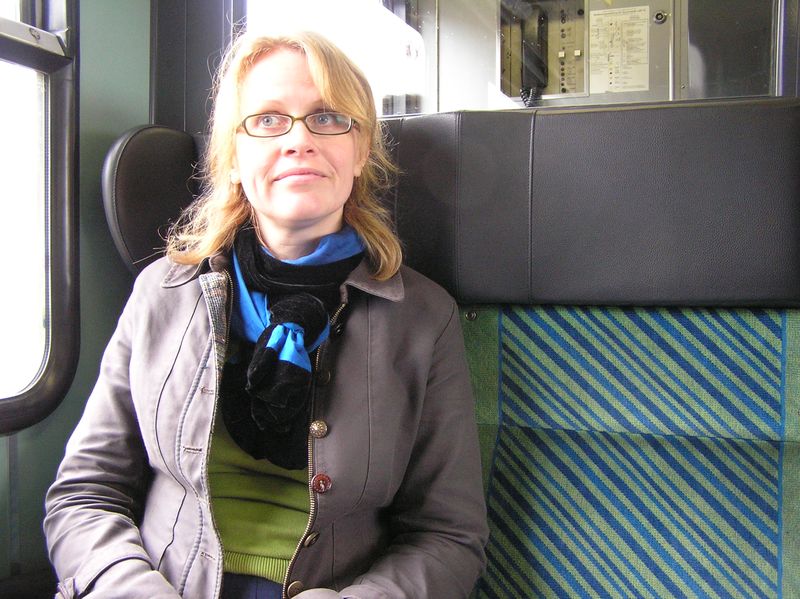 And read a guidebook that was hilariously poorly translated and full of strange assumptions:
Forget all those cliches about Dusseldorf shopping!
We did our outmost to unburden ourselves of the above and mooched around the Altstat and the river, and to the Schadowstrasse where Dusseldorfers window-shopped with great aplomb. 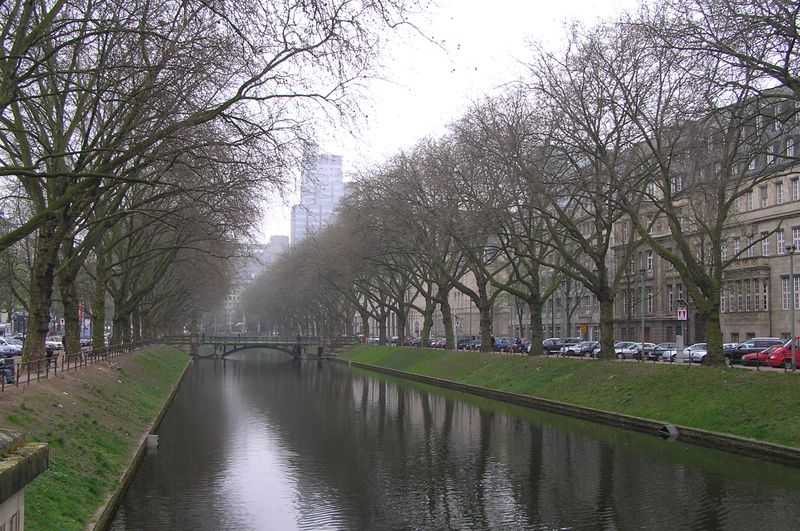 I do love a change of scene. There was another fun time we had in a biergarten with Jo and Ive. (They're such a hoot, everything is "creepy" and "weird". It's like they are in a permanent state of alienation from the world. Oh! and "random", if it's not weird it's "sooo random". I wonder if this says anything about their lack of faith in destiny? Do they feel they are really rattling around meaninglessly? How weird it must be.)
Well. Talk about meaningless and random but I fear this is about as good as it gets at the moment.