A few streets away from here, there is a row of pleasant redbrick terraced houses. In the evening, the windows are warm lozenges of yellow, interrupted once in a while with a glimpse of one of the occupants. I walk along that way often, and feel a strong desire to walk up a path, go into a house and assume the orderly, pleasant life of someone else.

Because life in my own house has not been very easy, at the moment. I love the JB (etc etc. No, really. I do.), he is a sweetheart, he's lovely, he really is, but he has all the tact of: 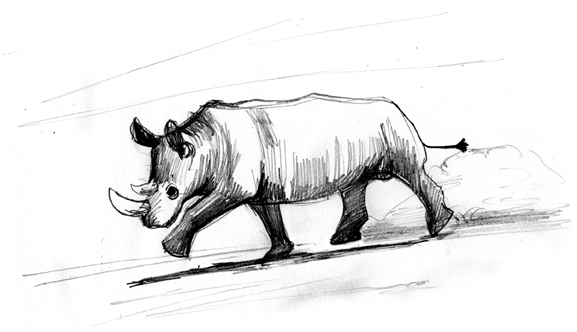 Last week, we came to the difficult decision that we would not pursue IVF. My chances were quoted at a puny 10% or so, and it didn't seem to make sense, because our chances "on our own" are not that much less, though hard to quantify. (To say nothing of the over e4,000 a throw). I presume I have the same chance as any healthy post 40 year old woman, now, post-lap & cystectomy. He was very disappointed and saddened by the slenderness of our chances.

So I could see where he was coming from yesterday morning he woke me up (BAD timing. 4 years of cohabitation have taught him nothing.) with the bright suggestion that egg donation might be the solution to all our problems. Marvellous! Eggs! Stick them in and hey presto! And when I started trying to put the brakes on, he had an answer for everything, and it was like our decision on how to have our family was more about who won this legalistic debate, than a question of arriving at a decision together, with our welfare as a family at the centre of it.

This made me resentful and inclined to tell him to feck off, and the whole thing escalated to the point where I said I might go away to stay with my friend in Carlow for a couple of days so I could calm down, and he kept saying, sadly, if you move out, that could be the end of us. I never said move out. ARGGGGGG! [Tearing out of hair. Sighing.]

A melodramatic rhino, did I mention?

Lucky he's pretty, as I often tell him. (Aside: Have completely lost faith in BMI system. The JB who goes to the gym three days a week and is the fittest person I know (if a little overfond of fried pig products), is 26.1 and should lose half a stone (7 pounds)? EH? He did his medical yesterday. They don't take into account someone's build or fat/muscle ratio at all. It's looney).

It took a lot of backtracking and rethinking and making of great efforts to understand to get back here, to where I can say when I am ready, we can think about that. Not before and never because I think it is a choice between that and our marriage.

Last night was surprisingly okay. Neither of us likes conflict and by default we are fairly buoyant - almost despite myself, I can feel the old spirits bobbing cork-like up to the surface again, and the old optimism re-emerging. There were lots of apologies and gentleness, and the quiet companionable watching of rubbish TV. There was the JB and there was Twangy, and the idea of our not being together began to seem ridiculous.

I'm afraid Smokey has taken a back seat for the moment, my home life having become a full-time job. Normal service will be restored asap. I want to clean up the gallop cycle and maybe make a storyboard for the sequence. Your opinion will be sought, as ever.

Till then, friends, I remain,
TPtheEG
xx

Well, that sounds frustrating. Although, it also sounds like you two have a strong relationship and a desire to get past rough spots. You may want to visit your friend for some pressure-free time to consider whether donor eggs are for you or not.

Maybe it's the problem-solving part of men that is driving JB?

Very astute, a. I think it is that, and he is used to things being solved by sheer effort and hard work. Which don't really apply to this sphere, as we know.

I enjoy looking into other people's houses and imagining their happy lives--it's a bit creepy of me, but I can't help it. Of course, the reality inside those houses is probably a bit less appealing. I've read back over much of your blog (and love love love your pre and post lap drawings, among other things), so while I'm new to reading, I have some sense of your situation. And it seems really tough. I applaud you most vigorously for being able to have a rational conversation about it instead of giving in to the drama. I hope you guys can have a(nother) productive conversation soon.

Thank you for your solidarity, bunny, in house-gazing and in other more urgent matters. It's good to know I'm not the only one!

I wanted to devote this comment entirely to your decision not to pursue IVF, and the natural emotional fall-out from it. This is big stuff to deal with and a Domestic Event (read: row) I would have thought was to be expected rather than not, particularly if you do decide that this is the end of your attempts to achieve a biological child. That's a lost path that, if it were me, I would certainly need time and space to grieve over. I'm sad that your quoted chances weren't higher. And the money. The bloody, bloody money. As if fertility treatment weren't a troublesome enough topic on its own, without loading the cost factor on top.

As I say, it was supposed to be about the Not-Doing-IVF. But I am morally obliged to tell you how very very much I like the Rhino...

"mind the gap"
so hard to deal with dreams at different speeds...

Thank you HFW. You are very kind and intelligent.
We'll work something out. I feel strangely hopeful. (It's weird!)
---
And Valery, I think your comment is a perfect reflection of all this, don't you? Kind of modern poetic! I know you are thinking about these "issues" (for lack of a better word!) too. I will follow you and maybe do a little investigating too.
xx

What exactly would JB have said if you'd woken him up to tell him that donor SPERM was the answer?

Many men, bless their dear little woolly one-track minds, feel that a) they have to FIX SOLVE FIX everything, and that b) if they admit to uncertainty, grey areas, or having wandered off on the wrong scent, their tackle will burst into flames and fall off. If it weren't so amazingly annoying it'd be quite funny. Also, is JB a Vulcan? I think H is a Vulcan sometimes.

Anyway, very glad you've kissed-and-made-up for the moment. I wish I could send 'tact' through the post in spray form.

I'm with HFF - Rhino is splendiferous.

Oh, definitely pure Vulcan, May, and a "fixer". Thank you for this, it is very cheering. Things are still a bit weird, but looking up.

Tact in spray form? Oh, if only!