Ah, at last, a little bit of calm. We spent last weekend as planned in the South West to visit KDiddy. He was feeling fairly mouldy, poor man, staring at the ceiling, absorbing IV antibiotics drip by drip.  I hope our standing over him and plying him with drinks and papers helped, and maybe it did, because over the week he got a lot better, and regained his appetite -  a Good Sign, don't you think? Always a sobering experience, visiting a Medical Ward, all those poor old men, but we had a couple of tragicomic moments:

Bear in mind that KDiddy has been all but teetotal all his life, but if his attitude that day was anything to go by, is regretting the lack of drink in his life up to now. Such a sweet man. You couldn't mind when he curses extravagantly, he's that dotey and totally without guile.

So! On with the show, or Part The First thereof, the Setting of the Scene. It came down to a choice of rough and ready, or not at all, so I went with at-least-I-did-it. I also gave up the idea of editing it down to a page. That is not going to happen. Not with PSYCHOKitty - (rumble of thunder): 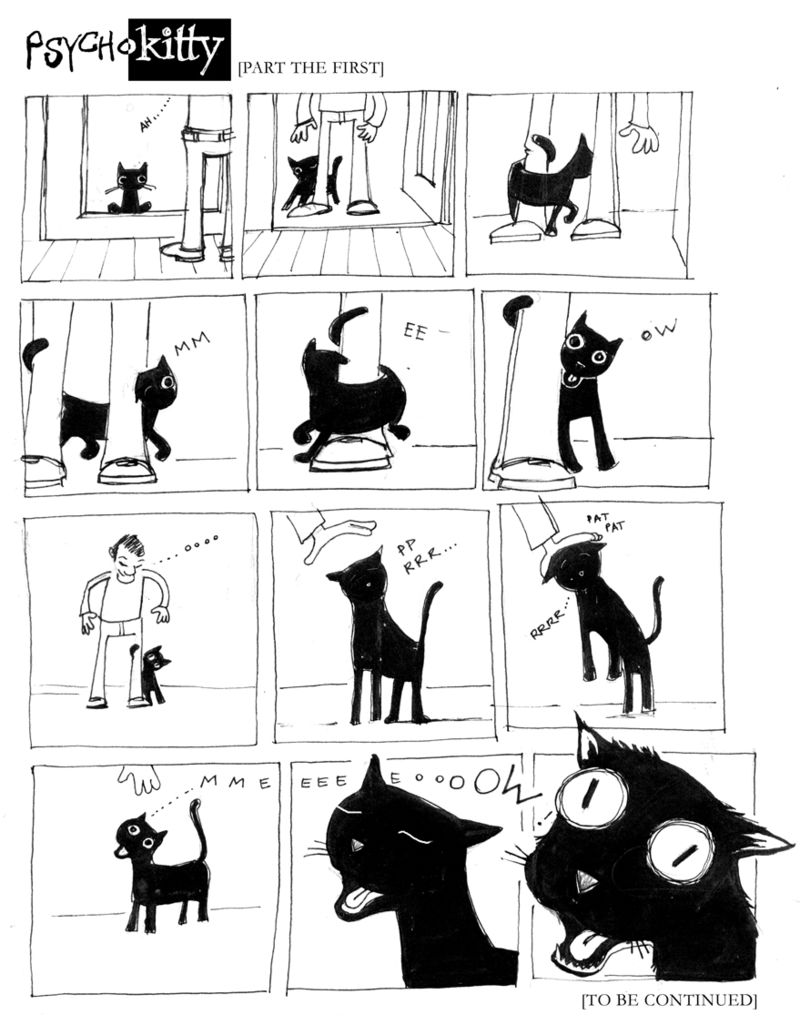 A reasonably satisfactory level of boredom was achieved on Monday, I think. Tuesday was also pleasantly dull, if I remember, which I spent on my questionnaire for the social worker, on the fascinating subject of My Personal History. Initially I felt quite embarrassed about tackling questions such as "Describe what sort of person you partner is". And "How do you get on with your family?". These seemed impossibly broad, but I suppose stringing a few sentences together every week on my blog has helped me get more comfortable with de wurds, and before I knew it I had spun whole pages out of Our Relationship, My Upbringing, My Worldview, and How It Is To Be Part Of A Minority Religion in This Country of Ireland. Blimey. In the end, I basically wrote a short novel, working title My Fantastic Self. Poor Detective. I fear I came across as a rather high-minded, smug,  no-singing, no-dancing kind of person, a hand me down my hairshirt, I had a half a glass of wine last week character, a make my own clothes out of a recycled burlap sack type, but who knows? It's one of life's mysteries, isn't it, what other people really make of you. Best not know, perhaps.

I think it's safe to surmise, though, that her head must be wrecked. Still it was nice (for me, at least) to retell to myself the story of my happy childhood. Secure, privileged, golden times, featuring swimming with ponies, going to France on holidays, breaking a hairbrush on my brother, that kind of thing.

I met her on Wednesday. Even I found it exhausting, ploughing through My Fantastic Self, Parts I and II, even with one as smiley and noddy as the Detective. I fell out of there after an hour and a half, leaving the now broken-spirited sleuth behind me, crippled with carpal tunnel syndrome after paging wearily through Part III, and myself good for nothing except a lie-down in a darkened room.

That was that. Two down, four to go.

For whatever reason I have more and more visitors, (lurkers seems a negative term, does it not, reminiscient of flashers in the shadows and such like? I prefer to think of them/you as people who appear silhouetted at my open door, and then leave, dropping a visiting card in their wake, with the words, Boyle, California or Canterbury, Hawaii inscribed on them.
(Place names have been changed to protect the innocent.)
Ahoy there! in any case. You are most welcome.

Meanwhile, in south west Ireland, KDiddy has been transferred to a convalescent place in a nearby town, because he didn't get the chest infection and was given the green light for physio. We are going to visit him on Monday, hire a car and sort of bring him tinned peaches or Easter eggs or something.
[*Edited to add latest news: He's back in hospital with a possible urinary tract infection. Poor man. Oh sigh. We're to go down tomorrow to see him.]

Ah yes, one more thing. PsychoKitty has morphed into a huge comic monster. I cannae contain her! I dinnae have the poower, Scottie! I have been drawing, thinking about it and, as is my wont, the project has become vast and sprawling. A serious rethink and edit will be required before I unleash her and you suffer a similar fate as the Detective. I will get to that soon, I hope.

In the meantime, a banner for the Titanic, which I did for a kids' educational site last week:

It's better this way, trust me.
T

dispatches from the front

The stuff, it just keeps happening.

I do long for a nice, normal, wonderfully dull week.
How about you?

I'd like to post more, you know. I don't know how it happens that I don't. This week seems to have been both extraordinarily long and event-packed, and yet, a moment, gone in a flash. I am juggling madly, trying to organise courses and work, meeting people and applying for things. (I already got an offer for an interview for the MSc. Blimey, that was unnervingly fast. Well, it can't actually hurt to be interviewed, I suppose. [I wonder how many disastrous employment experiences started with those words.] I met a current course participant this week for the low-down and really, it sounded like bootcamp for the psyche. Eek. Maybe I should leave myself all nice and repressed.)

Still, despite the potential for dropped balls, the form, as they say round here, is good. Even if I did miss my chance to meet my thus far disembodied friend in the flesh. I suspect I did something dingy. This is often the case. When I am making arrangements with people, it seems so soft-focus-dreamy and easy. I can visualise exactly how it's going to go. Oh yes! The pub is on the corner, a mile after the tree, beside the brown cow. Of course I'll find it! How hard could it be! (Answer: quite a bit harder than that.) Likewise, I saw myself meeting Irretrievably Broken (in moniker only), in debonair fashion, as if in my own Mastercard commercial, at Terminal Two, so we could talk and I could show her and her feller (not to mention myself) that I am maybe a bit mystical after all. In reality, however, I failed to account for the fact that they left Rome hours before, and could not therefore have got my arranging email, and that they'd be herded onto the next flight like lemmings modern travellers, added to which, in other failures to use the little grey cells, I got all confused by the new Terminal Two and tried to park in the rental car reserved parking, and narrowly avoided a clamping. It was all regrettably unlike My Vision.

Tuesday fortunately dawned on a more rational, functional Twangy. Well, I say functional. There may have occurred a bit of a nervous spat between me and the JB on the tram trip out - just as if to contrast with the calm, jocular front we presented to the social worker, our detective friend. She was very sympathetic and friendly, wore killer heels, and smiled broadly the whole time as if for a bet. She was young, though. Young, young. One doesn't want to be ageist, and probably at 28 I was exceptionally lacking in imagination and indeed sorely in experience, but what do you think? Can a young one understand the weird chemistry of rituals, shared jokes, habit and dandruff that hold together a marriage? (Ed note: And love, nearly forgot that.) Can anyone, come to think of it? I know I don't, but maybe that's not the point.

We left feeling better about it all, in any case. One down, 5 to go. At the next smile-athon in ten days time, we are to talk individually to her about our families. How were we disciplined, and so on? (Silent treatment of course, that's why I'm so dessssperate to be loved. Ooops. Did I say that out loud?)

And it's Spring. The plants are growing like weeds, which is not surprising, because some of them are. There are also peas, potatoes, rhubarb leaves like elephant ears. The neighbours' talk radio noise filters soothingly over the fence, little children squeak in back gardens, car alarms wail in the distance, as the sun slips away, closing the work-week. All is well. 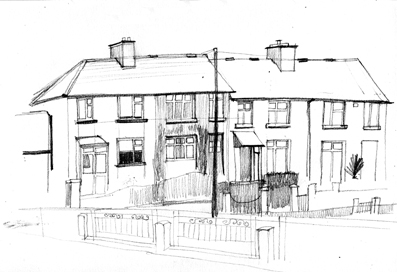 [Thank you for the petition. I have The Eyre Affair on my list. Can't wait.]

Ah coffee, it is coursing about my veins like a March hare. And I'm off!