Hello! I live, I breathe. And I am back. 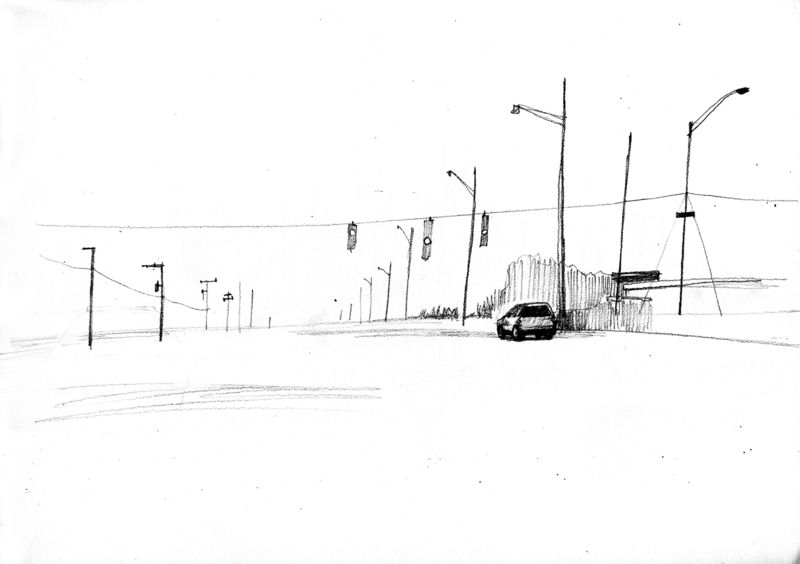 I cannot begin to describe the blur that has happened in the interlude since I last posted - a time that feels like a century. It's been "interesting" where the meaning of that adjective is the same as the rather chilling, allegedly Chinese curse: May you live in interesting times.

So, selected scenes from the last few weeks:

Scene 1.
Exterior: The gardens. TWANGY is (supposedly) leading the drawing session.
MIRIAM (not real name), a member of the group: .. now I'm living with my parents. He died five years ago when he was in the hospital, my father.
TWANGY: ..?
MIRIAM, explaining: He died five years before.*
HELEN, other member of the group, (they all seemed to be called Helen. Or Bridie.): Aren't you going to look at my drawing, Twangy?

Scene 2.
Int. The Exhibition Space. It's hot.
TECH GUY: ..so we could try a VGA cable?
CURATOR: Or a HDMI? A female jack to audio..[blah, techtalk, blah]
TWANGY swears to become a painter.

Scene 3.
Int. TWANGY is watching television as she waits for her husband, THE JB, to come home.
GWYNETH PALTROW is finding out who she (thinks she) is. TWANGY wants to like her, but then, on learning an ancestor's child died in infancy:
Oh, that's not what you want to hear, as a mother. So sad..
TWANGY thinks: Huh. Us non-mothers are practically non-sentient beings, if Gwynnie is to be believed. We just cannot feel the terrible crushing compassion that Only A Mother feels. Hmff.
TWANGY switches channels.

Scene 4.
Ext. At a well-known animal shelter in Dublin. TWANGY is walking a mannerly Labrador, called DEREK (real name).
SHELTER EMPLOYEE: ..and we're having a baby so I really can't get another dog..
TWANGY arranges features into an encouraging look, thinking the pregnancy must be quite advanced, though one would not guess from the bulky shelter uniform worn by the EMPLOYEE.
EMPLOYEE: [..] going for my first scan in two weeks [..]
TWANGY feels an awkward mix of emotions, but manages to repress the desire to tell the EMPLOYEE not to tell everyone - that anything could happen. After all, most likely, everything will be fine, and the EMPLOYEE will never know any different, or so she hopes.
DEREK declines to comment.

Scene 6.
Int. Bathroom at TWANGY's house:
TWANGY peers at self in mirror. It's 8am, and a Massive Eczema Attack is giving an entirely unwelcome flash forward to the 65 year old TWANGY. TWANGY wonders if the world would be a better place without mirrors. And cameras. You'd just have to believe people when they said you looked nice. Also, is she allergic to the cat?

Scene 7.
Int. TWANGY and THE JB's bedroom, 3am:
TWANGY is staring pointlessly into the semi-dark. Thinks:
Global warning, toss, peak oil, turn, famine, drug addiction, but will our child like me..? What if he hates me! What if he burns down the house? Or she! (TWANGY believes in equal opportunities.) Oh and lack of money, I am unemployable, everything is a disaster, what will BECOME OF US?

*For a moment, I was having visions of a mummified corpse lying around the house for 5 years , as the rest of the family went about their business, but it turns out Miriam's father only technically died in the hospital, and the medical staff managed to resuscitate him. Ah. 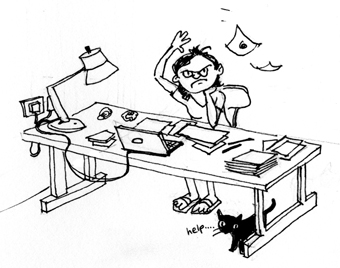 when things are less mental. (I can't wait.)
xx
T