I was in the kitchen the other day playing doing important nutrition-related research on our new breadmaker, while the JB was in the living-room playing making vital technical adjustments to the new flatscreen TV, when these things occurred to me:

While clearly a thing to celebrate, (I know, I know, I DO REALISE) the social mobility afforded by the husband's meteoric rise to fame default, civil servant-style promotion (Oh, you're still here. Well. Look, have some more cash.) it has provoked some reconfiguring of the mental furniture. I've been a starving artist for so long, it's ingrained to the point where it's part of me. I like to live in the grittier parts of town, with the "real" people, for instance. (No, I don't even know what I mean by this. Are South-Siders made of plastic? Are they trained monkeys? Are they?). Should we now give in to the forces of the market,  move to a leafy suburb and start listening to country music? Also, how will this work henceforth given that thus far we've been a fifty/fifty type of couple? His salary may be enlarged, but mine is still the familiar runty one it has been lo these many years. If he says: Let's get a Mercedes/an indoor gym/some tickets to Paris/whatever mysterious things well-off people do, do I repressively shake my head like some sort of puritan?

I accept this makes me as odd as two left shoes, of course. But any virtual kicks up the arse/advice/comparing of notes, anyone on this the eve of the new year?

I will return tomorrow, brain fog permitting, for resolutions and good wishes. Though I quite like the new page feel of the first day of the year, I am not really one for what I (would, wouldn't I) see as the enforced jollity of New Year Eve (Insert repressive, puritan head-shake.) - it brings out the melancholy in me. Maybe it's that I simply hate saying goodbye, even to years? The beginning of the academic year fits me better as a starting point, and it's the beginning of the autumn which I love, being of the Reverse SAD disposition.

But you lovely, normal, healthy, people do Have The Fun! I'll be in the back room with the lights off,* drinking cocoa and eating jaffa cakes.**

*Only joking! I am going to a partay!
**My mother gave us a YARD of these. (People not of these shores, they are a very sweet spongy biscuit with a jelly-like orange filling. (Well, orange flavour, anyway. I doubt if any natural ingredients are allowed in a Jaffa Cake. It would be improper.) And a chocolate coating.) And since the JB believes the chocolate/orange combo is a thing of the divil, every inch is MINE ALL MINE.
MINE I TELL YOU.

Merry festivities and a very happy 2013 to all 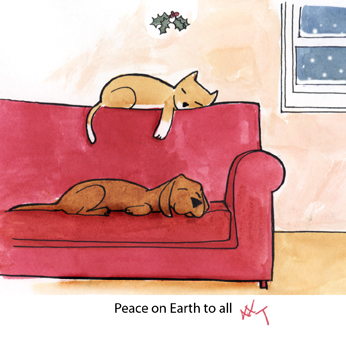 I ought to know by now that the thing you are worrying about is not the thing to worry about. This is a law of nature, don't you agree? Just as I (wo)manned up and realised of course, all I had to do was stop worrying about hurting people's feelings, (instead of getting in a knot and probably hurting them more,) and say we are going to have a quiet one at home, this happened: Of course it did. I started feeling a bit mouldy and the GP found all sorts of interesting stuff in my urine sample: blood, protein, white blood cells, a couple of microscopic submarines. A UFO? Or a UTI. Also, further reason to stay at home for The Christmas.

Meanwhile there has been an Epic Falling-Out within the In-law Camp, with Non-Trembler throwing a hissy hit of gargantuan proportions over a.. fridge. Oh, sigh. I don't want to dignify this (or indeed bore us all rigid) with further description. Let's just say I don't see how the hissiest, most entitled Hollywood diva could not be out-hissed by The Non-Trembler. The Non-Trembler is capable of demanding all the brown M&Ms be taken out of the crystal bowl they are to be presented in. Because how f*cking hard is it?

[Aside on the nature of siblings: How is it, friends, that siblings can diverge so much in character, values, looks, everything? When they share DNA and upbringing? Is this something nature cooked up to spread the odds of survival? Your thoughts are welcome, as ever. Of course, it is true that the Non-Trembler was labelled Delicate as a child. Apparently he was a bit pale, or something. Perhaps had ezcema? Anyway, he was spared the rather tough love that the robust, rosy-cheeked JB was given.]

So it's good I am all ready for The Christmas. I must now away and deliver presents to my parents, a sort of post-modern Santa Claus, in an ancient Nissan Micra, rather than a sleigh.

I will "see" you before The Day.
Till soon
T

To my amazement I am ready for what in this country we call The Christmas. (See also: Did you get over The Christmas?). Normally I am prepared for The Day around mid-January but this year, items lept into my hands wherever I went, and only the chislers* remain on the list, while they, the chislers, are deliberating. (Not how it went InMyDay, I can tell you.)***

I have even done a bit of festooning. 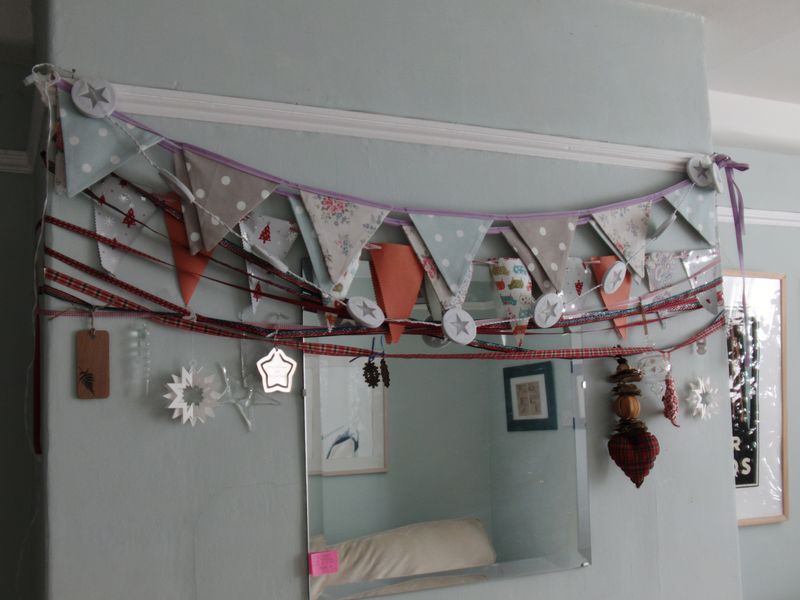 (The rest of the house remains unadorned, mind you.)

The plan for the 25th is coming together, albeit with some awkwardness. This is the thing: the JB doesn't want to spend it with Brother's partner's family, who, while Perfectly Nice, are too multitudinous and noisy and in their very kindliness, remind him of all he has lost. He simply wants to hang out together in our little house with the cat, the DVD player, new books, and a large quantity of food. I understand this, but worry that my parents will get concerned/offended if we tell them we want to spend The Day at home in Dublin. So. We have these options, and they mostly involve lying**:

Is there something I am missing, I wonder? If you have any notes to compare or indeed magic solutions, I'd be very happy to hear them. Maybe I could just tell my mother? She'd understand... but then be in the awkwardness herself, with the lying.

OH I DON'T KNOW. Am I overthinking it?

*People under the age of 10, though in Dublin only, as far as I know.
** Arg. I am as devious as the next person, but I am not the most efficient liar. All that keeping straight of the story. Arg, I tell you.
***News just in! Dazzle wants a colouring book. Aw! Love that kiddy.

Tell me if it's just me

Rarely, about once a year, I don't know why - I eat Something and/or I am Extra-Knackered/Stressed - I get a wicked headache which doesn't improve until the Little People Within who control these things flip a switch that says Contents May Be Toxic: Evacuate All Contents, and I spend an indeterminate amount of time in the bathroom eh.. doing that,  feeling like dying would be quite nice.

[I think I have a rather puny grip on life. A headache, for goodness sake, and I warmly embrace death. Yay, Death, I whisper to the cold tiles I am dramatically strewn on, come and get me. So much for the stalwarty Hugenot genes. Pfft.]

Anyone ever feel like that? Anyone?
That was last night, and today I am weak but improving, like a weather system over the Atlantic. 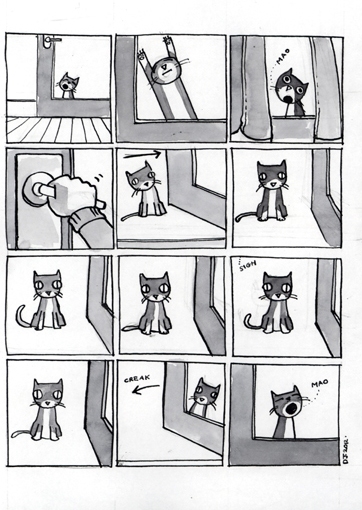 Market Saturday was surprisingly good. It did have a mildly uncomfortable blind date vibe about it, but plenty of stallholders' camaraderie and the motion was carried: People Do Like Cartoons, bless them. That is, people who do like cartoons, a sizable enough segment of the population, really really like them. I sold practically everything, which was wonderful - the idea of dragging all those frames back home didn't exactly fill the ould heart with unalloyed joy.

I have quite a bit of choir stuff on this week, some dinners out and one in, which may or may not present its challenges. One of my lovely guests is gluten-free, some are vegetarians (me!). Hrmm.
How is your week looking, friends?