Wednesday the 20th September 2017, after a wet walk and a crowded bus ride into town, we formally finalised our adoption of Jay. It, weirdly enough, was in a office centre for business high-flyers, with a fancy video-conferencing system as mandated by the US court. We played on the nylon carpet floor around the boardroom table with Jay and a fellow adoptive family for an hour or so until the screen erupted into life and we could see one of those small wooden furnished court rooms with a judge and our lawyer, waving at us.

It was a odd mixture of serious ceremony and celebration, a bit like getting married. We had to raise our hands to swear to be truthful, and Jay raised his hand too. (Judge: Oh, I'm loving this!) We confirmed our identity, our date of marriage, that we'd been caring for Jay continuously since we took custody and promised we'd continue to until he was eighteen. Then she congratulated us and we clapped and cheered. It was a moment to remember.

The funeral went well, I think, as much as it could. Brother gave a serious and funny talk about our father, all about his (many) misadventures and lifelong losing battle with implements, machines and tools. He couldn't change a plug, it's true, or at least not without a lot of bad language. He couldn't boil an egg. He would have died in a week without my mother, of starvation. He was a terrible swimmer and driver. But he had a great feel for business, he cared about his employees, he looked after people. Quite a few people came over to tell me how much he'd helped them in their careers - he gave my newly-widowed aunt a car when she really needed it, he kept various family members and friends afloat financially at critical moments. I read 1 Corinthians 13, one of the few passages from the Bible I a) know and b) like, and the one my father read at my wedding eleven years ago. About 150 people came to say goodbye and he was buried in a lovely spot in the church graveyard. We had a nice lunch in the golf club, everyone admired Jay, who was extra-charmy and nice to cuddle.

So that was that. I've since become very interested in the dusty box of photos we inherited from my father's mother when she died. Granny kept piles of perfect black and white photos and wedding invites, and some newspaper cuttings. She never wrote anyone's name on the back, though, so it's become a game to piece it all together. I've even joined one of those heritage websites and am trying to work out who went where. I never was remotely engaged by this stuff before, almost found it embarrassing; I suppose now it's part of trying to make sense of my family. Also, I find I want my father to be remembered. The other night, not long after he died, I burst into tears. No-one will remember him, I wailed to the JB.  This is the grief, he said, It seems wrong that the world will close up around him and just goes on. I know.

People have been very kind. I love my cards - now I'm on the receiving end, my belief in them is confirmed. I'm glad I sent them too when it was my turn, despite the doubts I felt at the time. It really IS nice to know people are thinking of you. It's not annoying or intrusive and the gifts of cake and sweets are lovely too. Someone gave us some After Eights, a thing I normally never eat, (because it's not 1977 and we didn't just have a dinner party) but I've been consuming them steadily over the last number of nights, with gratitude and a particular satisfaction.

Ah. I better go, it's 12. Jay needs his nap.
Thanks for your thoughts and good wishes, everyone.

Here's my Granny and Granddad with my da in the front, looking like a little old man. 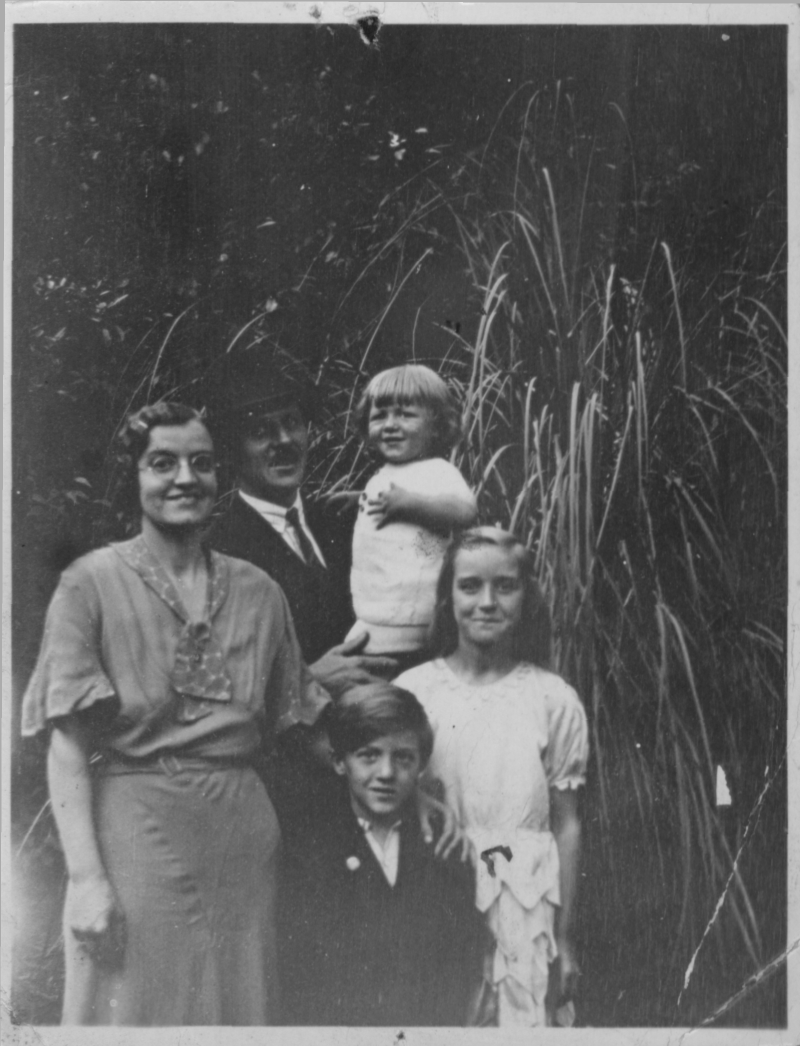