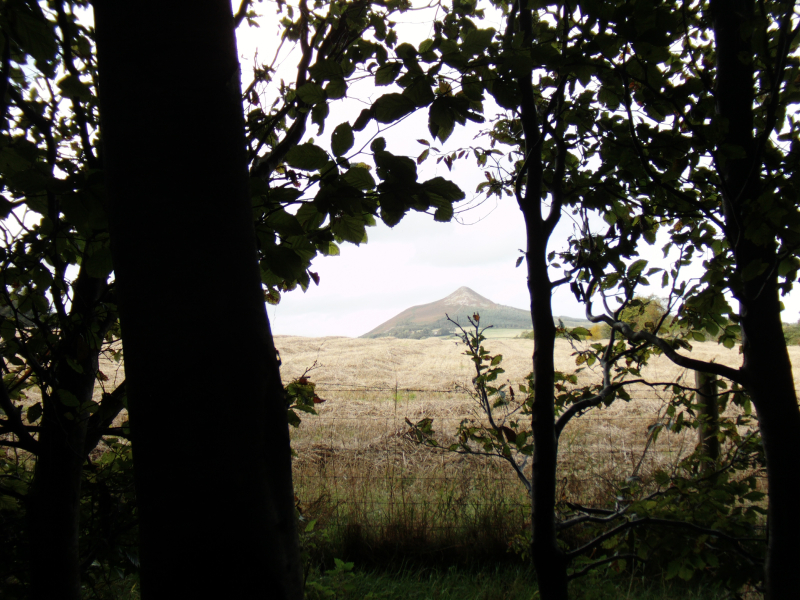 From the forest that my father planted, under whose shade he knew he'd never sit. A good Da visiting place.

If the planning permission can be finagled, we plan to convert the stables in my Ma's house into a wee house for us. This seems the right thing to do, though I am taking a leettle time to adjust to the idea. There are pros and cons, that being the nature of things. It's a very pretty place, of course, there's that. Foresty and grassy, with deer and foxes, a lovely place to grow up, you would hope. My parents lived there since 1989 only, so it was my family home for only a few years before I flew the proverbial, but I did enjoy living there. There's always something to do in the country, funnily enough, there's always a dog that had pups or some blackberries to pick, or a hawk to spot, you'd be alone but never lonely. (Not like in town, where everyone else seems to be enjoying a hilarious joke over a pint of Guinness. (Could be just me.)) Jay can go to the local school and have an outdoorsy sort of life, quite different from what we have in our more gritty part of Dublin, of which I have grown so fond. He'll have a different accent, his friends will have The Latest Gear and he'll go probably go on school holidays to Paris. He'll be less likely to be in school with other minorities, too. It'll be Quite White and Fairly Affluent. It's about an hour drive to town, or a long and slightly inconvenient drive-train-walk but quite possible all the same to keep up with my beloved tribe.
Ooh, but I am Very Excited about converting the Stables, on the other hand! It'll be like my own episode of Fixer Upper!
Also, space, space. No more walking Jay up and down the same 11 steps between his room and our window and back, and up and back, to get him to sleep. He's had a chest infection this week, poor kid, so I am extra-twitchy on the subject.

He's going through a huge learning phase at the moment; you can practically see the sparks fly. He pokes screens, thinking they are touch screens. He's learnt how to pause and change programs on the washing machine - he plays that thing like Charlie Parker. He notices everything, tries to catch shadows and steam, laughs, complains, has a big personality. He is not quite walking but nearly nearly is - but he's added Show Pony and Prancer to his crawl repertoire and stands holding on to my leg very easily. We go to toddler groups (hence: germs) and he gives things to other kids and feeds us. A soggy piece of bread off the floor, just what I always wanted! He's smiley. He's worked out how to open the childproof locks on my bedside table drawer, but he politely closes it again after ransacking the interior. He hides his face when he feels shy, he gets frustrated and throws mini-tantrums, he stares at you carefully when you explain something to him. He's fabulous, glorious, wonderful.

He's been referred to the physio and speech therapist for some finger-wagging (what's up with these people? Do they not like children?) but I am not worried at all. He's smart, he'll be fine.

And that concludes the update from the mild and calm for now Western Seaboard of Europe.
Happy Halloe'en, everyone! I have some candy to give away but what with the chest infection have not managed to decorate. (Fast forward to the JB and I gobbling Penguin bars in a darkened kitchen?)